By Brian Marks For Dailymail.com

She’s the daughter of one of the most influential singers to ever live and a performer in her own right.

But Lisa Marie Presley played down her star status Thursday for a low-key trip to the grocery store to stock up on essentials.

The 52-year-old daughter of Elvis Presley looked comfortable in a charcoal fleece as she stopped by the upscale grocery store Erewhon in Los Angeles with her twin daughters Finley and Harper, 11. 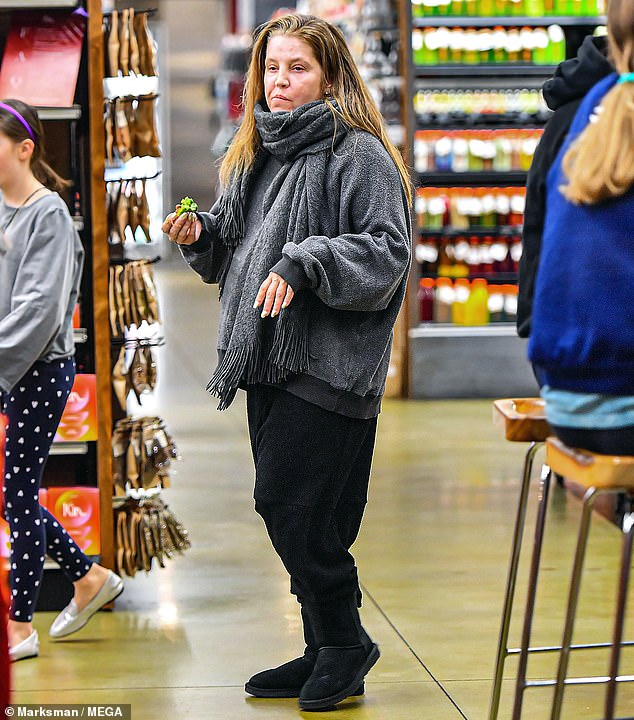 Staying warm: Lisa Marie Presley, 52, was bundled up in a fleece on Thursday as she went to the upscale grocery store Erewhon in LA with her twin daughters Finley and Harper, 11

In addition to her baggy fleece, Lisa Marie stayed warm on the chilly day in black sweat pants and matching black Ugg boots.

She also wore a thick gray scarf wrapped around her neck, and she wore her caramel-colored locks straight down over her shoulders.

She and her daughters were out as California is under a shelter-in-place warning, under which citizens are expected to stay home except for work, emergencies or essential services, which grocery stores fall under. 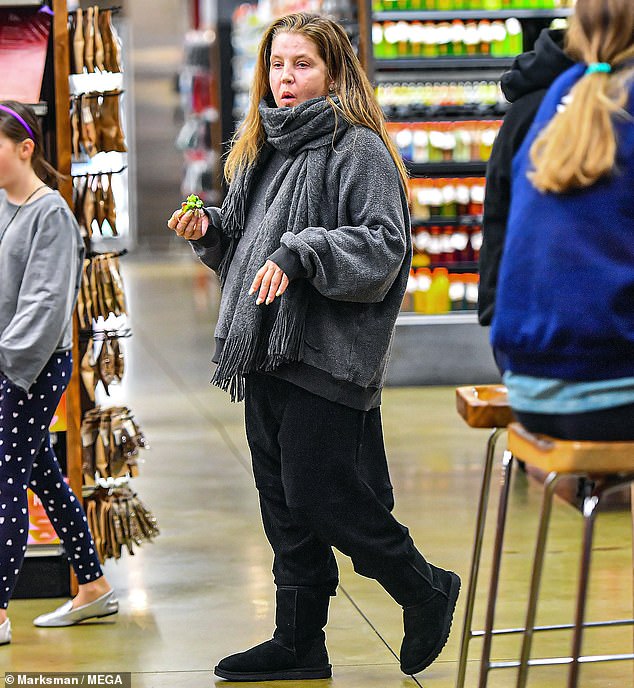 Cozy: Lisa Marie stayed toasty by pairing her fleece with black sweatpants and matching Uggs while wrapping a thick gray scarf around her throat 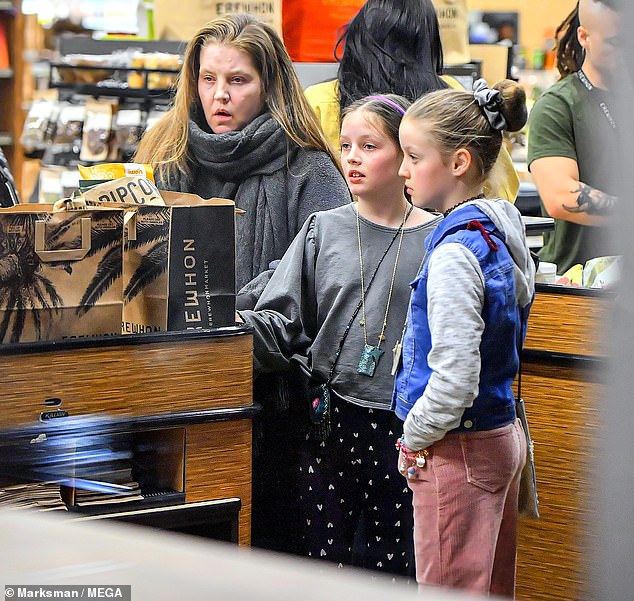 Youngest generation: She shares her youngest daughters with record producer Michael Lockwood, whom she’s separated from. Their divorce trial is expected to begin this summer

Lisa Marie and the twins were out without the newest members of their family: two cute puppies.

The former wife of Michael Jackson shared photos of the little dogs to her Instagram on Tuesday, including a sweet black and white snap of her holding one while Harper and Finley snuggled up with her.

Another snap featured the girls petting the pups as they slept in a dog bed inside their pen.

‘We’ve been fostering pups from a shelter. Exhausting but so rewarding. be well❤️,’ she captioned the photos.

Other, including Miley Cyrus and Friday Night Lights’ Kyle Chandler, have been so taken in with their new pooches that they’ve decided to adopt them permanently. 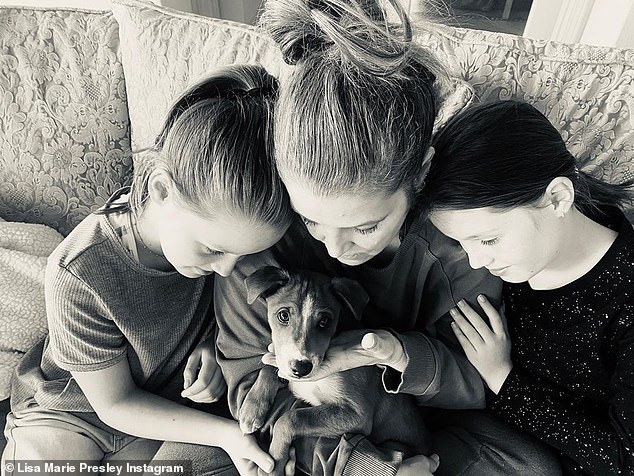 Cute pups: Lisa Marie and her children have had their hands full in recent days after they fostered two puppies while self-isolating at home amid the coronavirus outbreak 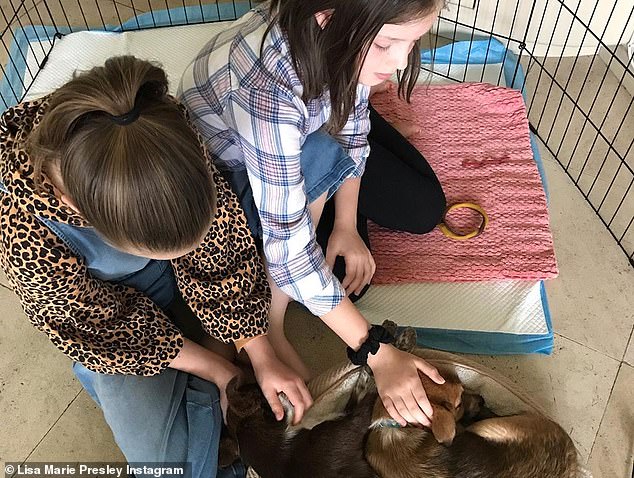 Worth it: She shared photos of the tiny dogs and her daughters caring for them on Tuesday. ‘Exhausting but so rewarding,’ she wrote

Lisa Marie shares her youngest daughters with her ex-husband Michael Lockwood, a musician and producer who collaborated with her on her second album, Now What, from 2005.

The couple separated in 2016, but their divorce trial isn’t expected until July, though the coronavirus pandemic may delay its start.

She also shares her two eldest children, 27-year-old Benjamin Keough and 30-year-old Riley Keough, with her former husband Danny Keough, whom she divorced in 1994.

While remaining a regular fixture in her mother’s life, Riley has also become an accomplished actress in recent years, with roles in a number of critically praised indie projects including American Honey, It Comes At Night and Logan Lucky. 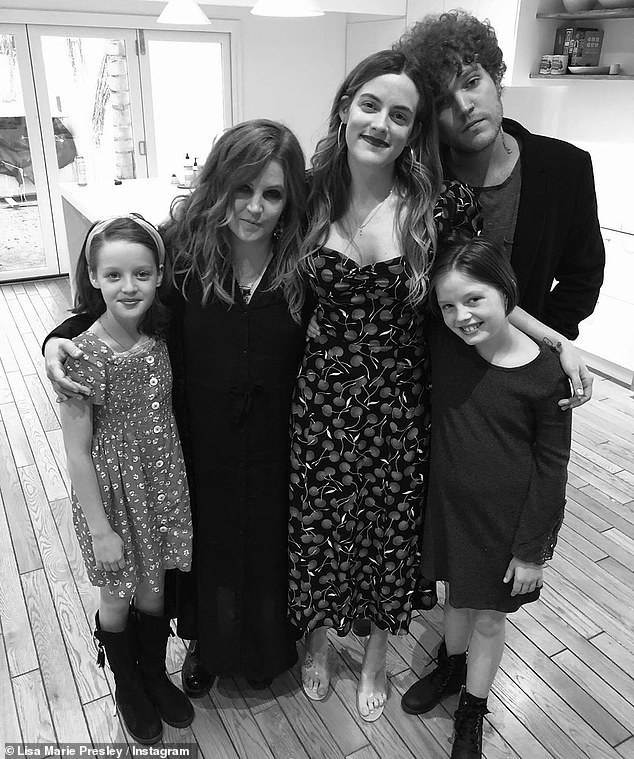 Older siblings: In addition to the twins, she shares her two eldest children, 27-year-old Benjamin Keough and 30-year-old Riley Keough, with her ex-husband Danny Keough 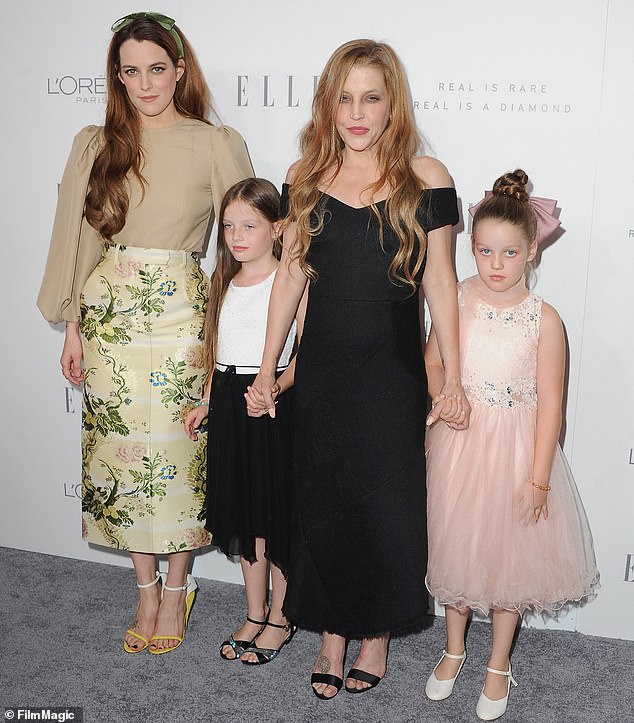 Family dynasty: Riley has become an accomplished actress in recent years with high-profile roles in Logan Lucky, The Girlfriend Experience and Under The Silver Lake; pictured in 2017


Source link
Previous Coronavirus: MAFS’ Hayley Vernon is blasted for spreading fake news
Next Is Jackie O a diva?! KIIS producer was told she ‘wasn’t allowed to look the star in the eye’