Katie still keeps prom dress from 1997 ‘in a storage unit’

Katie Holmes has kept her prom dress from 1997 in storage.

The 41-year-old actress donned a store-brought gold lace gown to her senior prom, and she felt so incredible wearing it that she has kept the dress for 23 years.

‘I loved my prom dress senior year. It was a long gold lace dress from Caché, that store in the mall. This was 1997, so it was grunge time,’ she told InStyle. 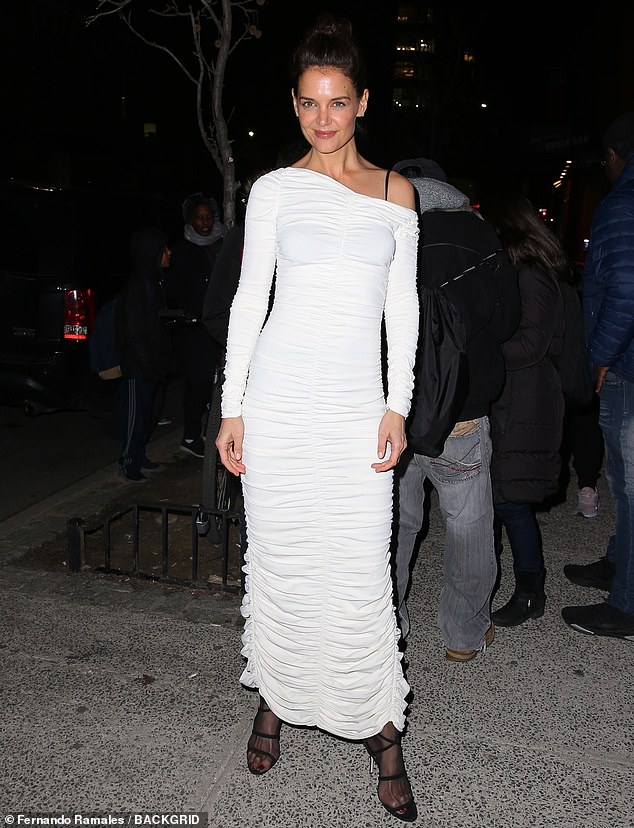 Fashion favorites: Katie Holmes discussed her style in a new interview and said she loved the white Khaite dress she wore to the American Australian Association Arts Awards in January (pictured) 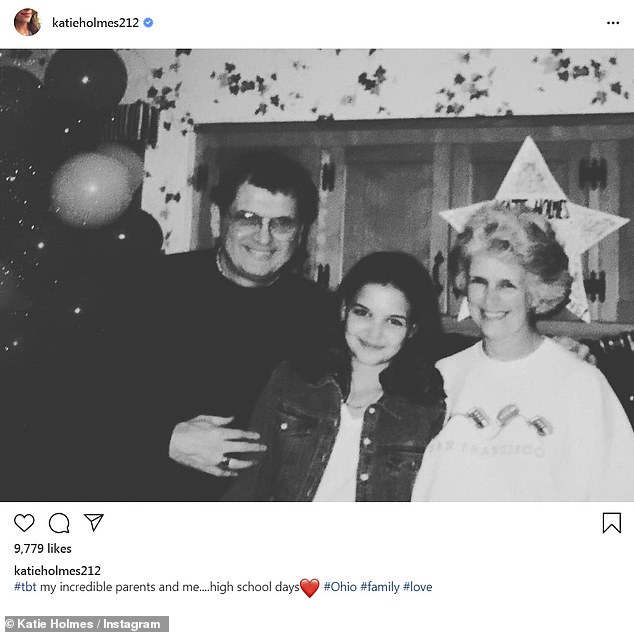 Throwback: Katie also revealed she has kept her prom dress from 1997 in storage; she is pictured with her parents Martin and Kathleen during her ‘high school days’

‘Was I cool enough to wear my dress with Doc Martens? No, I wasn’t. Did I want to? Yes, I did. I still have it in a storage unit.’

She explained: ‘I went through this phase as a kid where I changed my clothes 10 times a day. I think I drove my mother crazy.’

More recently, her favorite look has been the white dress she wore to the American Australian Association Arts Awards in January, which she has used to test out other outfit ideas.

She said: ‘I felt really good in the white Khaite dress that I wore. And I liked the pantyhose I wore with it. Testing out the black hose with open-toed shoes and a summer dress.’

Elsewhere, the Brahms: The Boy II star previously revealed she doesn’t follow fashion or beauty trends but she has been looking to her famous friends for style inspiration after watching Jennifer Lopez prepare for the Super Bowl in February.

She added: ‘I’d like to wear more Valentino. And then, I’m not going to lie, I thought J.Lo’s costumes during the [Super Bowl] halftime show were absolutely incredible. I watched her [Instagram] Story where they were putting on all the Swarovski crystals.’

Meanwhile, Katie’s hectic career and lifestyle means she hasn’t always got long to put together outfits – so her wardrobe mainly consists of quality staple pieces.

Katie – who has 13-year-old daughter Suri with ex-husband Tom Cruise – told Stellar magazine: ‘I just pick what I like wearing.’ 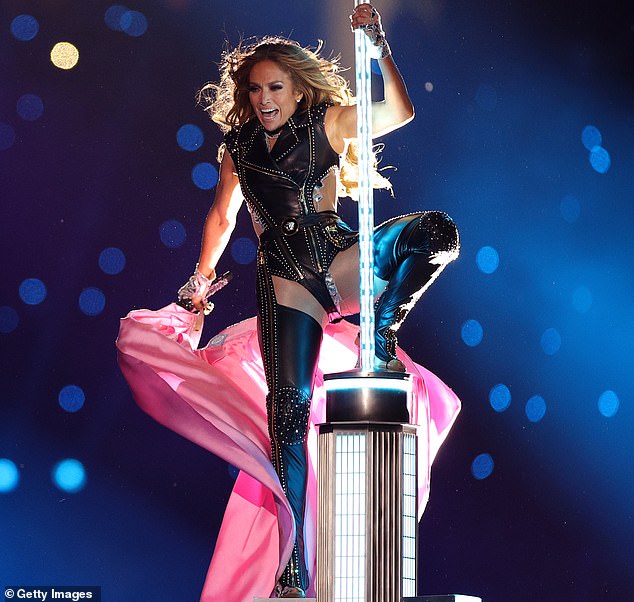 The All We Had director shared: ‘I don’t have a lot of time to choose, but I go with classics and kind of throw it on and walk out.’

In September 1997 a few months after her senior prom, Katie made her feature film debut in The Ice Storm directed by Ang Lee. 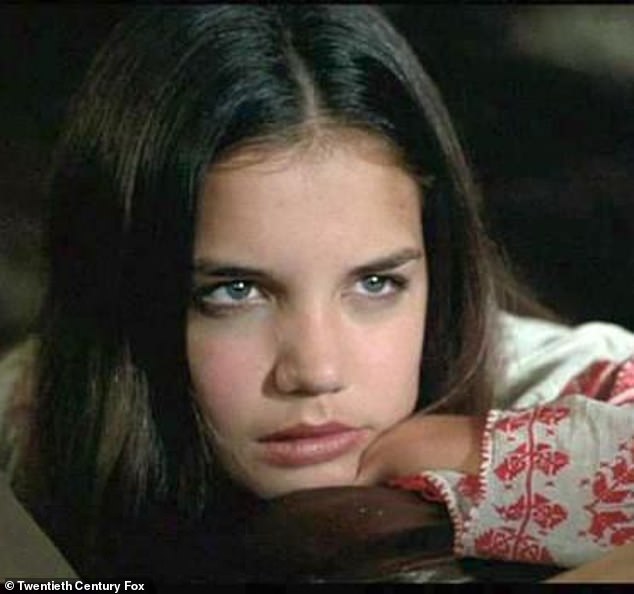 Origin story: In September 1997 a few months after her senior prom, Katie made her feature film debut in The Ice Storm directed by Ang Lee 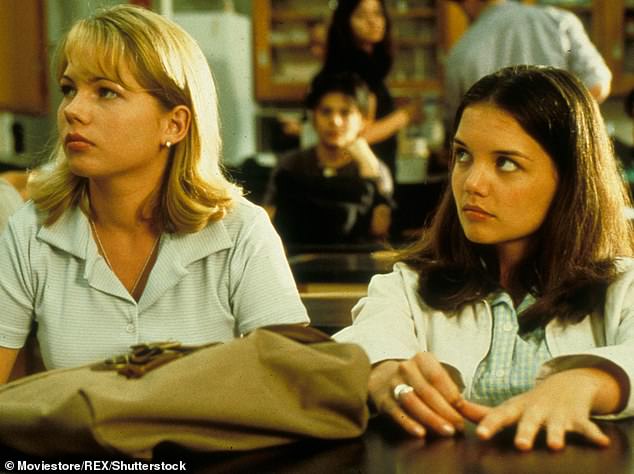 Remember when: The year after her senior prom she became a small screen star on the teen drama Dawson’s Creek where she is pictured with co-star Michelle Williams (left)